“In business it’s about who wants you the most”

In recent years, the phrase, “How did [insert rapper here] get a record deal when my flow and lyrics are so much better” has been said one too many times. The truth of the matter is that maybe you are better, but you are failing to make the necessary connections in order to enhance your career. Those who have generated organic, viral fans bases rather than spamming people on Twitter and Facebook have seen the greatest reward. One of the beauties of seeing your music reach maximum attention gives you the ability to understand your fan base and value your worth as a musician. 1 million followers do not translate into $1 million dollars.

Manager gets 20, booking agent gets 10

So shit, after taxes you and Ryan have 7% to split”

Record deals come in two forms these days: 360 deals or joint venture label deals. Recently, we have see Drake form his own label through Warner Bros. Records, in 2011, A$AP Rocky’s deal with Sony/RCA Records/Polo Grounds gave him $3 million and the ability to form his own label A$AP Worldwide, and most recently Trinidad Jame$’ $2 million and Chief Keef’s $6 million deals, respectively.

Bottom line is that you get what you negotiate and despite the hate Chief Keef frequently receives, he got exactly what he wanted. In a recent article by DNAInfo.com Chicago, Keef’s lucrative deal was broken down in ways most people outside the industry rarely see.

Below, I have simplified and broken down the deal so that aspiring artists/record label owners know what to look for and negotiate when the time comes.

Not able ’cause you signed at the table

For a pretty cash advance, now they got a song and dance

That you didn’t recoup, more soup wit’ ya meal?

‘Cause this is the real when you get a record deal”

Although Chief Keef may have had the luck of the draw, others have to earn their multi-million dollar deals by way of seniority and longevity. After the December 2012 release of his album, Trouble Man: Heavy Is The Head, Atlanta rapper T.I. became a free agent. After being signed to Atlantic Records for almost 11 years, rumor has it that the self-proclaimed “King of the South” is negotiating a highly structured deal that could earn him an estimated $75 million. If Jay-Z, Dr. Dre, Sony, or Universal, all whom T.I. has met with, want him, they’re going to have to make some big promises. 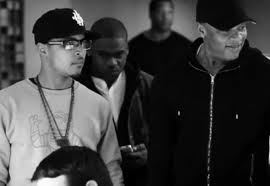 Ultimately, it’s your decision; you can be swimming in millions or you can be swimming in pennies and nickels. It’s simple; but you must recognize the difference of perception and reality first. You might be the best lyricist in the world, but can you make a hit record? You might have over 1,000,000 YouTube views, but do you have a local/regional foundation? Have you made your mark and created an impact? You also must take into consideration how times have changed. When T.I. went to L.A. Reid’s office at Arista Records in 2001, following his debut album, I’m Serious, and asked for a $2 million budget for his second album, he was dropped from the label immediately. Today, Trinidad Jame$ has one major song under his belt and limited rap experience, but earned himself his $2 million deal from Def Jam.

Remember, the same about of time you spend hating on an artist for the accomplishment, you could be spending advancing yourself; Talib Kweli taught me that! 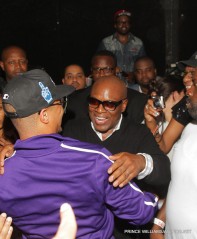 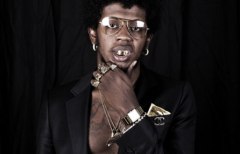 Missed my interview with T.I.? Check it out here!

“There’s a thousand you’s, there’s only one of me”

Anyway, back to what we’re here for. I’ve said it before and I’m going to say it again: NOT EVERYONE IS MEANT TO BE A RAPPER OR A PART OF THE MUSIC BUSINESS!

It doesn’t matter if your friends think you’re hot or you have the best programs or the best resources, if you don’t understand the business, all of this is irrelevant. This brings me to my topic of conversation. For those who aren’t fully aware of the latest trends in hip-hop, there is a HUGE movement happening right now in Chicago.

Lead by the L.E.P. Bogus Boys, YP, Katie Got Bandz, King Louie, Rockie Fresh (I highly recommend Rockie’s Driving 88 mixtape), Fredo Santana, Lil’ Reese, Lil’ Durk, Young Chop and the most important one right now – Chief Keef – all of these Chicago natives and more are signing deals left and right with the biggest labels in the game. 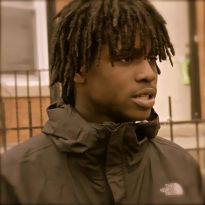 Note: In the last two months, Lil’ Reese and Lil’ Durk have signed with Def Jam, Fredo Santana is rumored to be signing with Bad Boy, YP signed with Universal Republic, Young Chop signed with Warner Publishing, and Rockie Fresh has received a co-sign from Rick Ross & MMG 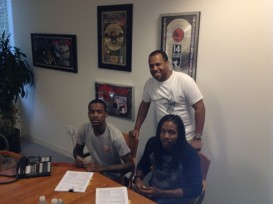 Of course it is great to see everybody from the city getting recognized, but the two that I think are a great example of endless grind and hustle are Lil’ Durk and Chief Keef. How is it that Lil’ Durk just went back to prison to complete a two month sentence and Chief Keef is currently on house arrest at his grandmothers house, and they are the hottest names in the game? The answer is simple: THEY STAND OUT.

At only 16 years old, Chief Keef is doing things that most rappers dream of, and he’s doing it all with the supervision of his grandma and a Chicago judge!! Incredible. Within the last few months, Keef has had the streets buzzing, the Internet flooded with visuals, and he just put out a Kanye West/G.O.O.D. Music assisted remix to his hit single “I Don’t Like.” Honestly, Chief Keef isn’t the greatest, but he makes catchy music and he has a whole movement (G.B.E. Entertainment) and city behind him. In addition, his work ethic is undeniable and he knows what his sound and image are.

Note: Keef wrote his verse for the “I Don’t Like (Remix)” in three minutes

I think most people who want to be rappers or singers, etc., fail to understand the basic fundaments of what this game entails:

You can call Chief Keef and friend’s lucky or overnight sensations, but they hustled their way to the top, made the right connections, and now everybody in their team is being recognized.

Do what makes you happy and do what’s best for you, but if you don’t have the talent, don’t force it. Oh yeah, and if you haven’t listened to “I Don’t Like” or “3Hunna” you’re missing out!

For more info on the Chicago hip-hop movement, check out Fake Shore Drive