“As my world turns, the heart beats

Not only in my chest, but the heart in the streets

But I can’t feel nothin’, outside these Dre Beats”

Clothing, sneakers, alcohol, and now headphones. These are the business endeavors your favorite artists partake in until they go out of style or don’t seem profitable anymore.

It’s amazing how one Jay-Z line in his Pharrell-assisted song “Change Closes” ultimately changed how the entire hip-hop culture dress.

“Jiggy this is probably purple label

Or that BBC or it’s probably tailored

Throw on a suit get it tapered up”

I think the only person who was happy with this line was David Stern, but that’s another story. Once the clothes were done, hip-hop moved to alcohol. The owner of the Jay-Z favorite, Cristal, asked rappers to stop drinking his champagne, dumbass, so Jay-Z brought his troops over to the world of Ace of Spade. Additionally, Ludacris came out with Conjure, and Diddy gave us the ever-popular Ciroc. We’re not done yet people!

Besides money, cars, and woman, what else do rappers ACTUALLY need to make a living? Headphones, duh! When Dr. Dre and Jimmy Iovien founded Beats by Dre in 2008, nobody imagined the impact it would have. Four years later, Dre’s product is featured in Chrysler vehicles, HP laptops, HTC cell phones, and every electronic store in the country – and generating of $500 million (in 2011); half of the revenue of the $1 billion industry. Of course other artists took notice of the doctors success and knew they wanted in. Superstars, Diddy, Lady Gaga, and Justin Bieber all partnered with Beats by Dre for their own line of headphones in the company.

But that’s not all. Since the launch of Beats by Dre, we now see Ludacris (Soul), 50 Cent (SMS), RZA (Chambers), and Daddy Yankee (Section8) joining the industry. I’m all for new music products, and yes hip-hop has become the driving force behind most consumer products, but why do we all need to launch the same product at the same time!!! Sound isn’t being manipulated in so many ways that each product is completely different from each other.

Music is about being creative and that is definitely what is lacking these days. Step it up people and lets come out with something new!

“Too many chiefs, but not enough Indians

See everybody needs to play they position”

Every year, XXL Magazine, one of the largest hip-hop publications, releases their top freshman class for the upcoming year. Some past alums have gone on to be successful such as Lupe Fiasco, B.o.B., and Wiz Khalifa; and some have gone on to be the biggest busts in hip-hop history. Shout out to Charles Hamilton and Papoose! But what is it about this list that excites everyone UNTIL the actual cover is released and your favorite new artist didn’t make it? Everyone is a critic these days. The power of the blogs has created the ability for people to post comments and share their thoughts: the modern day industry executive.

This year XXL decided to do something different. They posted 50 nominees on their website, and fans got to vote 1 time for their favorite artist. 50 artists!!!! That right there is problem #1. For an industry that is so small, and already saturated, there are too many people trying to enter the game. GO TO SCHOOL PEOPLE! GET AN EDUCATION! Just because you “rap,” have a computer, and can upload a video to YouTube doesn’t mean you have talent or ability to succeed in the industry! Yes it’s true that you don’t actually need a record deal to achieve success in this day in age (See Maintaining Independence: Hip-Hop’s New Business Model), but use some common sense people! It’s cooler to tell someone that you’re a doctor or a lawyer rather than saying you’re an up and coming rapper, because (1.) it’s bullshit and (2.) it sounds silly. If you really wanted to drive a fancy car or buy out the bar, get a profession that actually gives you that ability!

Be smart and invest in yourself wisely!

Anyway, XXL only chooses 10 artists for the cover so here are my predictions. I put honorable mentions as well.

“I’m not a businessman,

Let me handle my business, damn”

Jay-Z said it best; that’s probably why he’s one of the greatest musicians of our time. So many artists these days claim to be “about their business” or call themselves “businessmen,” but in reality, what do most of these guys really know about business? Do they know their tax ID number? Did they know which forms and licenses to obtain before starting a label? Most importantly, do they know the difference between a partnership and an LLC? The answer to these questions is probably not many.

Meet Pill. The Atlanta-based rapper signed (or not… more on that in a minute) to Rick Ross’ Maybach Music Group (MMG) via Warner Bros. Records has recently expressed his frustration with both labels due to the lack of promotion of his music. For those who don’t know, most artists generally make these claims. In reality, whose fault do you think it is; the artist or the label? Let’s assume the answer is the artist. Even though you think your music is good, or relevant, it’s probably not if nobody is attracted to it. Additionally, you should probably seek new management and establish a team who will guide you in the right direction. (See my article Hip-Hop’s New Business Model for more information)

Back to Pill. In his defense, he did have a single in 2009 that gained him attention from the labels, but it ultimately didn’t do that well. Once Warner Bros. picked him up, they placed him with Rick Ross in hopes of advancing his career. This worked for a few months (beginning February 2011), and Pill was featured on the crew’s debut album, MMG Presents: Self-Made Vol. 1 (Released in May 2011), but after that, you rarely saw him with the rest of the team. To those who follow Ross’ career this is odd since Meek Mill and Wale, also new acquisitions to Maybach Music, are always seen with the MMG team. 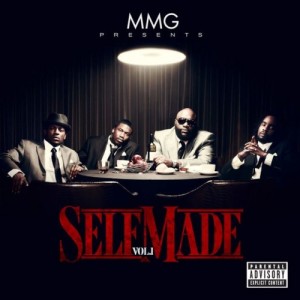 Fast forward to January 2012. Pill takes to his Twitter page to vent his frustrations with all parties involved. First bad move. The following day, he told MTV News that he doesn’t speak with Rick Ross and was actually never signed to MMG!!! Second bad move and most likely a lie.

Good luck ever hearing a song from Pill on your TV or radio in the future!

There are so many reasons as to why Pill messed up by deciding to speak his mind. But instead of writing out the laundry list of reasons, I’ll make it short and simple because ALL up and coming artists should follow this advice:

Just because your able situation may be bad doesn’t mean you don’t have the opportunity to make it right. Longevity is key, get to work and stop complaining!

… And Pill, being signed to MMG doesn’t seem to be too bad if Wale had the #2 album in the country in November and Meek Mill is one of the most talked about artists in hip-hop.

“Holla at my Jewish lawyer

To enjoy the fruit of lettin’ my cash stack.”