“The rap game is all fucked up now, what are we gonna do now?
How we gonna eat man? 50 back around”

During the summer of 2010, I was given an opportunity of a lifetime; a chance to intern for 50 Cent and his record label, G-Unit Records. Although many who know me well know about my time at G-Unit, it’s an experience I rarely discuss in great detail, simply for two reasons. One, I would rather show you what I learned rather than tell you. Two, when 50 Cent talks, you listen and absorb. Confidentiality is also important. With that being said, 50 Cent’s headline making antics over the last two weeks do not surprise me. After all, all press is good press, right? 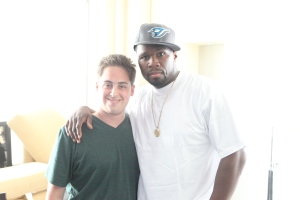 Despite being a commercially successful, worldwide superstar, from a music perspective 50 Cent is a new artist in 2014. The days of gorilla style marketing that fueled early 50 Cent and G-Unit records no longer exist, and rap feuds that 50 loves to engage in have taken to social media, leaving 50 Cent no choice but to reinvent himself as a dominate artist. This means constant promotion, a strong online presence, and one or two solid radio singles. Despite the rapid, uncertain change of the music industry and how listeners consume music, 50 Cent is always going to do things his way and continue to leave people talking. Recently, we have seen this with his shift to taking the independent route and leaving his recording home of over a decade, Interscope Records, a headline making first pitch at the New York Mets game, and reuniting with his G-Unit brothers Lloyd Banks, Tony Yayo, and Young Buck at New York’s Hot97 Summer Jam concert on June 1st.

Leading up to his fifth studio album in five years, Animal Ambition (released June 3rd), 50 Cent decided to release both songs and visuals weekly for a majority of the songs off the album. In the June 14th issue of Billboard Magazine he said, “When I hear a song on the radio for the very first time, if it’s an artist I like, I know I would go to YouTube to hear it again. I enhanced it and made it better by having the visual already connected to it. Gain the audience, then sustain the audience instead of spending every marketing dollar to keep the audience in place.” Although 50 offers a logical explanation, I personally believe that he crossed the fine line between accessibility and oversaturation, leaving me to purchase a physical copy (yes, I still buy physical copies of CDs) more as a collectors item rather than for the interest of putting in the CD and listening to it. Of course, music and media streaming has played a role in this as well.

“I been patiently waiting for a track to explode on
You can stunt if you want and your ass’ll get rolled on
If it feels like my flow’s been hot for so long
If you thinking I’mma fuckin’ fall off, you’re so wrong”

Often times consumers say to their favorite artist, “we want to the old so-and-so back” or “we want this sound instead,” and that is what 50 Cent did – sort of. As a long time fan, and one with an obvious bias to all things 50 Cent, I question how long 50 Cent has been sitting on this music. In fact, most of the personnel on the album have stated that the music was made four-five years ago. Now this is not necessarily a bad thing considering 50’s grimy, hard-hitting street content is what fans have always gravitated to. I do however,  question if and how a new, younger, audience will relate to this content enough to buy in to 50 Cent the rapper like many of us did back in 2003. 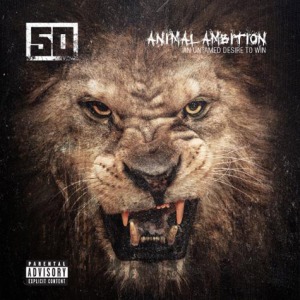 Overall, 50 Cent’s Animal Ambition had a poor rollout, which most likely will result in this being his lowest selling album to date. This is not to say 50 Cent and his staff did not put in enough time or energy, because I know they did, perhaps the release of the album could have been handled differently. The Trey Songz assisted, Dr. Dre produced single “Smoke” (a song originally made for Dre’s “Detox”) is a perfectly capable single for commercial radio, but has not gained enough traction to earn the “hit record” status. Other songs off the album including “Pilot” and “Twisted” would be great radio contenders as well, but with the reuniting of G-Unit and new music from the group on the horizon, this may be 50 Cent’s “throw away” project.

In the end, not everyone can withstand a career of longevity and success the way 50 Cent has been able to. With the reuniting of G-Unit, 50 and the gang not only have the task of recreating the energy that once filled the air of New York City and fans all over the world, but translating their hard-hitting grassroots approach to conform to 2014 standards. So far in the 10 days they have been together, they have already flooded the Internet with four freestyles and planning for a new album by November. How about G-Unity as the title?