No dream is too small. Just ask Hunter Lyon, an 18-year-old film student from Connecticut. For anyone who spends time on some of the most popular music blogs, you’ve definitely seen his name. In just a short period time, Hunter Lyon has directed videos for Internet favorites Jitta On The Track, OCD: Moosh & Twist, and more. As his stock continues to rise, so do his visions. In the near future, his videos will be, “next-level productions” and bigger than ever. Below is what Hunter says is his, “first big interview,” and I’m honored to have been granted that opportunity. 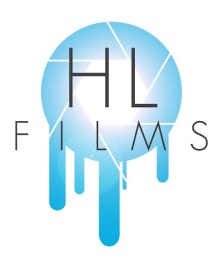 Who is Hunter Lyon?

Hunter Lyon is an 18-year-old kid from a small town in Connecticut. I grew up in Connecticut and my senior year in high school is when I started directing music videos because I saw the need for local up and coming artists to get affordable visuals for their music to gain fans online.

How did you get into filmmaking?

I got into filmmaking when I was around 12 years old. I found an old camera at my grandparent’s house and just messed around until my dad saw I had a gift for a 12 year old and he got me a little camera.

Monty Python and The Holy Grail inspired me; it inspired me to make little Lego movies. I also skate boarded so I would film videos and edit them and you know, just make little YouTube videos of random funny stuff.

What are some of your goals?

I just want to be successful doing what I love, you know? That’s what everyone wants. I don’t want work at a job that I hate going into everyday, so I want to really just be a positive influence on people and make great films. Eventually in life I would love to work on real feature length movies, but you gotta to take it one day at a time.

Who are some of your inspirations?

From a music video standpoint, I’d really say Alex Nazari. That dude is amazing at creating an atmosphere and feel for every video he does. Although I’ve been working on a lot of outdoor, daytime locations, in the extremely near future you’re gonna see some really crazy next-level production. It’s awesome. I’m really excited for everyone to see the stuff me and a few other artists have been working on! Another director not too much older than me, Jakob Owens, has been a big influence on me, he’s another dude who pushes the limit of independent music videos and his grind is crazy man. My dad is also a huge inspiration to me, because he never stops working. He’s taught me many times over that hard work pays off, so that’s why I keep working and putting out videos.

Was it your intention to become a music video director? Do you have a musical background?

It was actually not my intention to become a music video director at all. I actually thought I would hate doing them, until I actually did. Now I can’t stop making them! I’m a huge music head. I’m one of those kids who always has headphones in his ears, listening to music 24/7. Like I said before, I was really into music for a lot of my life. My dad and grandfather were both big musicians “back in the day” which definitely has a huge effect on me, as a director. It helps so much to connect the song to the video. I actually dabble here and there with producing some beats, but nothing serious.

You’re only 18 years old and some of the most popular artists on the blogs (OCD: Moosh & Twist, Tarik, Jitta On The Track) are coming to you to help them capture the visuals for their songs, how were you able to develop a relationship with all these artists?

Jitta and I got linked up way back last year, and we shot one video and I really liked his stuff. He’s from Connecticut too, so I was pretty cool with that. To be honest, I didn’t think him and me would be grinding together like this, which I think is awesome. He’s now one of my really good friends and we’re making big moves, we really push each other to be the best we can.

Jitta is hooked up by a clothing brand called I’m Possible Club and I was talking with the owner [Mike Williams] of that one-day, and he mentioned he also works with Tarik, who at the time, I had really looked up to, because his message and music is just awesome. I asked Mike from I’m Possible Club to put in a good word hoping I could work with him, because his mixtape TRIGS was on constant spin, and next thing you know, we were talking about videos! Now we’re just an unstoppable force! As for OCD, my really good friend who’s an insanely talented producer named A-Rayz Productions, put in a good word for me, which I thought was gonna go no where. I mean, I used to sit and listen to City Kids and Dream On in my room and literally dream about filming a video for them… and this summer I went down to Philly and kicked it with them and filmed a music video. So surreal!

What is your overall process for shooting a video?

Basically, the artist will send me a song and I’ll just listen to it over and over and just think of what it would look like. Just imagine what each scene would entail and what vibe it’s giving off, that kinda thing. I’ll send over my thoughts and we’ll just bounce back and forth some ideas and come up with new ones, and what not. Then we set up a date, and I pack up and we do it! Quite a bit of it is on the fly, to be honest. You never really know what locations you might drive by and be like, “Omg, we gotta do a scene there,” you know? We try to get a really solid idea and feel for it ahead of time, but anything can happen on the spot.

Most music videos these days, from both local and major artists, aren’t major budget projects like they used to be. What is your technique for making videos and adding another element to a song?

Creativity. That’s all it is. You have to use what you have and make the best of it. You have to just dig deeper in the song and see what you can pull from it to add that extra element that separates your video from someone else’s. I really try and focus on getting diverse things that you haven’t seen before. A lot of songs call for a typical video that you’ve seen a hundred different times, you know, in the club or whatever, but you have to make it stand out.

You’ve directed most of the videos for Jitta On The Track – with the success he’s had and coming off the Club Paradise Tour with Drake, have you started seeing any benefits from it? (New clients, bigger opportunities, etc.)

I was so stoked, yet so bummed when he told me that he was going on tour. Drake is literally my favorite artist ever, and I am in school right now in NYC at the New York Film Academy, so I couldn’t go! Hahaha – I was talking to my parents about… dropping out… but obviously they said no and a minute afterwards I was like, “Yeah you’re right that’s the dumbest thing ever.”

I’m so proud of Jitta and the whole Lumber Life team for putting in work that had a big pay-off. We have actually seen a lot of benefits from it, not necessarily in terms of clients hitting me up, (although the kid from Zoey 101, Chris Massey, hit me up on Twitter and said I need to do a video for him lol) but definitely opportunities. These next few videos with Jitta are just unreal. They are gonna take things to a whole new level and I’m really excited for everyone to see what we’ve been brewing up.

I’m sure you get tons of requests from aspiring artists to direct their videos. What do you think about all of these artists trying to make it into the industry and what kind of advice would you give them?

I get a lot of requests from a lot of up and comers. I think it’s simply awesome that people are doing what they love and are able to make music in their HOUSES! It’s great. I think that if you want something, go get it. Nobody is stopping you from doing what you want to do beside yourself. I live in a small town in Connecticut and I’ve been to California, Barbados, etc. for music video jobs, so where you are from is not an excuse for what you can do.

My advice is to just to do it. If you want to make music, make music. A few things to keep in mind are that things require money. That’s it. I bought my own camera, computer, equipment, etc. Be prepared to spend money on things like recording time, beats, music videos, etc., because if you are working hard it’ll come back to you! Try to find a team of people who can surround you and who are as hungry as you are for success because that is the only way it’ll happen. Also, if you were given the gift of music, use it wisely. There is a lot of negativity in the world, and I always encourage people to be positive and use their gifts and talents for positive reasons. Just be a leader and show people that they can do what they want to do if their heart is in it and they work hard, you feel me?

What’s next for Hunter Lyon Films?

Who knows! Actually, a lot of big things; THAT I can promise. All of the artists I work with are just working hard to take things to unheard of levels from where we are at now, all for you guys. We’re really turning up the notch and are going to be putting out really high quality videos and music. They don’t make music so they can sit and listen to it, they do it so they can satisfy people’s needs; they do it for the fans. Same thing with me; I make music videos to give people something to watch and help out these artists, and because I love making art.

How can artists, managers, etc. get in contact with you?

Thanks for your time, Hunter and congratulations on all the success and recognition you’ve received thus far!

Thank YOU! I appreciate you reaching out and I’m honored to do this for you, keep it up and God Bless!